Supreme Court of India’s land mark judgment on the LGBTQ+ community, was celebrated by the community as well as TV stars. One of the well-known faces in Indian television and revered celebrity, Karanvir Bohra was the first, among many, to share his joy on the same.

Most infamous and shameful incident in the history of Bigg Boss, of which Karanvir is currently a part of, has hit the show rating negatively as Twitter went berserk and fans of Bigg Boss, couldn’t control their anger. Karanvir Bohra’s wife, Teejay Sidhu, slammed her husband over his derogatory remarks.

She wrote, “Disappointed with the #BiggBoss housemates after yesterday’s episode. How small-minded & nasty to make fun of someone’s sexuality, whether it’s through words, gestures, mimicry, or just standing at the sidelines laughing. And that, too, with no proof of someone being gay. @ColorsTV”.

In another tweet, she added, “Just to clarify, I am not ‘targetting’ anyone. Some people stood by laughing, which I found equally wrong. Why didn’t anyone assert their strong opinion & say something? I still believe in the best of all HMs and hope they realize this was not nice”. 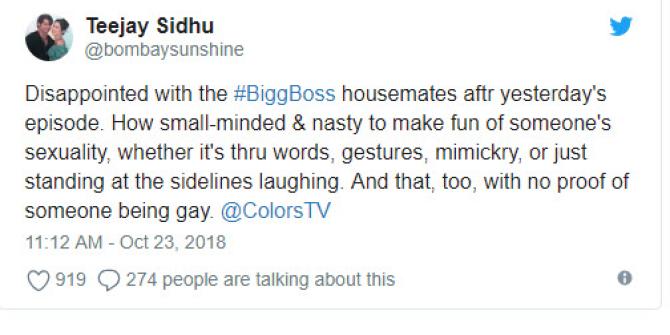 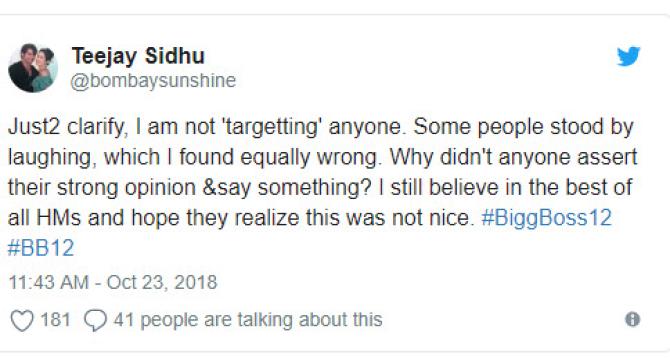 Teejay went on to say that Karanvir would definitely apologise if the topic is brought up by Salman Khan, “I know it was not intentional on KV’s part. He is a very sincere, decent human being. He didn’t mean to be hurtful & if this topic is raised by Salman, I know KV wd have the grace to apologize. I’m still his number 1 fan, but we have to help the people we love to become better people”.

Sreesanth commented on Rohit’s purple shorts, questioned his sexual orientation while mimicking him in front of everybody. Karanvir Bohra wasn’t far behind and even he cracked homophobic jokes. In fact, everyone’s favorite, Dipika Kakar, also laughed along with Sreesanth and Karanvir. 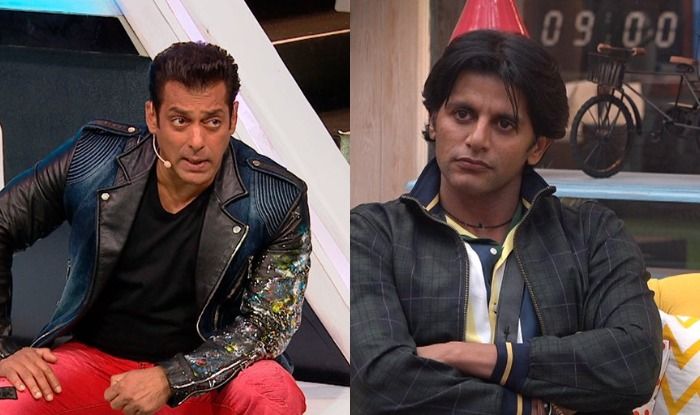 In Coming Weekend ka Vaar, it will be interesting how Salman Khan grill these TV Stars for such absurd incidence. Keep Watching!!