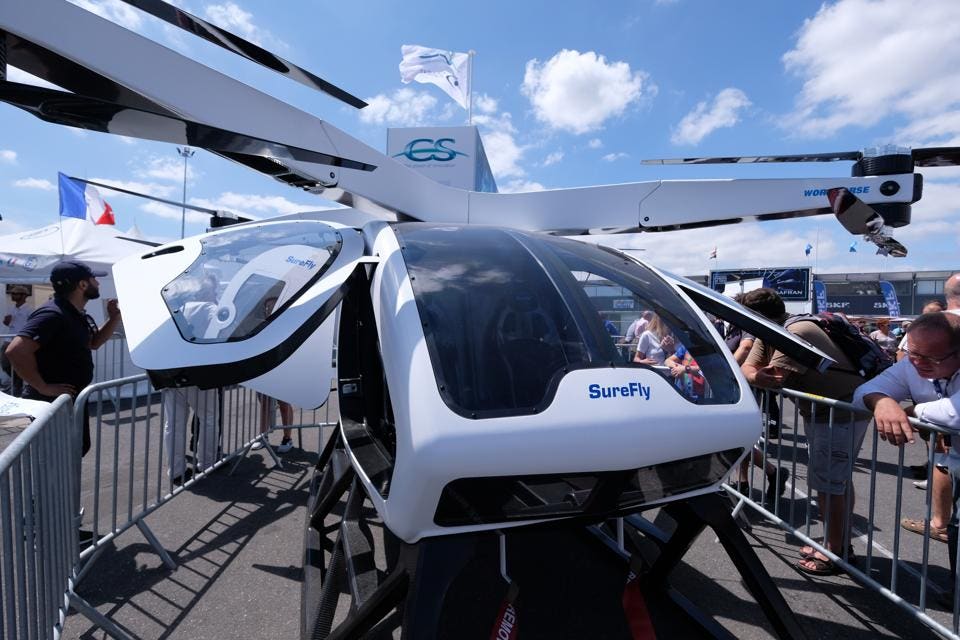 “Even if you can’t fly a drone, you can probably still fly this.”

Burns during his demonstration of Surefly’s cockpit and spacious design, further added:

Artificial Intelligence guides takeoff and landing, displayed on a large tablet. A joystick allows a flyer to steer. And an up and down switch makes the octocopter airborne, or guides it back to earth.

“A five-foot hover might not seem like a big deal, but what it does is to answer the question: Will it fly, yes or no?” CEO Steve Burns told Digital Trends.

“People want to have something in their garage to take out and fly,”

“We’re trying to make it safer than driving your car to the same destination.”

“A helicopter requires both feet, both arms, a lot of 3D thinking,” Burns explained. “Here, the computer’s flying you.”